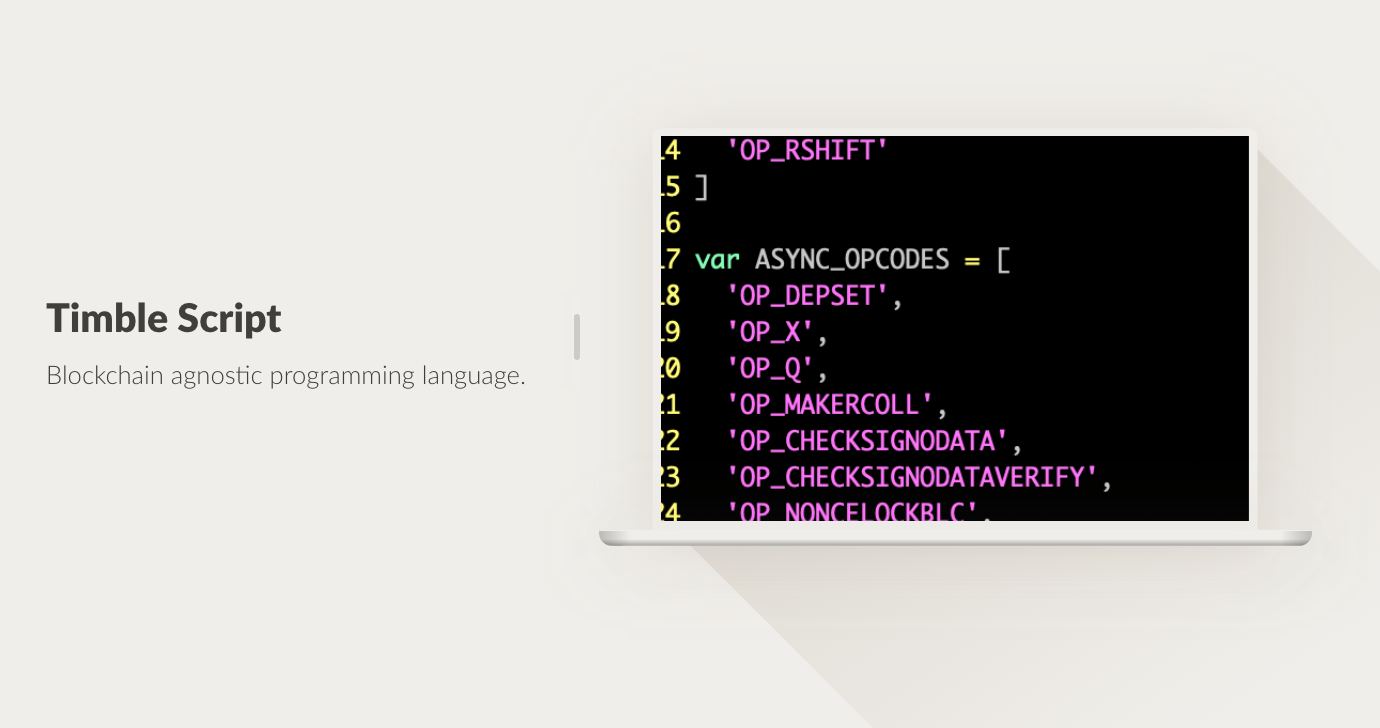 Timble, named after Timothy Berners-Lee, is the native scripting language which was created for interacting with the Overline multichain.

Check out this community post in EMB Nation for more information on Timble's namesake.

How does it work?

Similar to Bitcoin’s opcodes, Timble is the coding language that allows you to create scripts within the Overline ecosystem. These scripts can be fed into the compiler, which verifies the validity of the script by using the historical Overline chain.

It is the language which powers the Overline Application and is capable of being used to create robust products and businesses on the Overline multichain.

What are the use cases for Timble?

Any transaction on Overline can be expressed as a Timble script. For example: the transfer of Overline between addresses. That script would be written in Timble and ingested by the compiler, which would validate the transaction. In this case, the compiler would check if the sending wallet has enough Overline to fulfill the transfer. This is a very simple example, but the use cases are endless! Read more details about the Timble scripting language here.

Check out these Further Reading sections for more information on Timble.